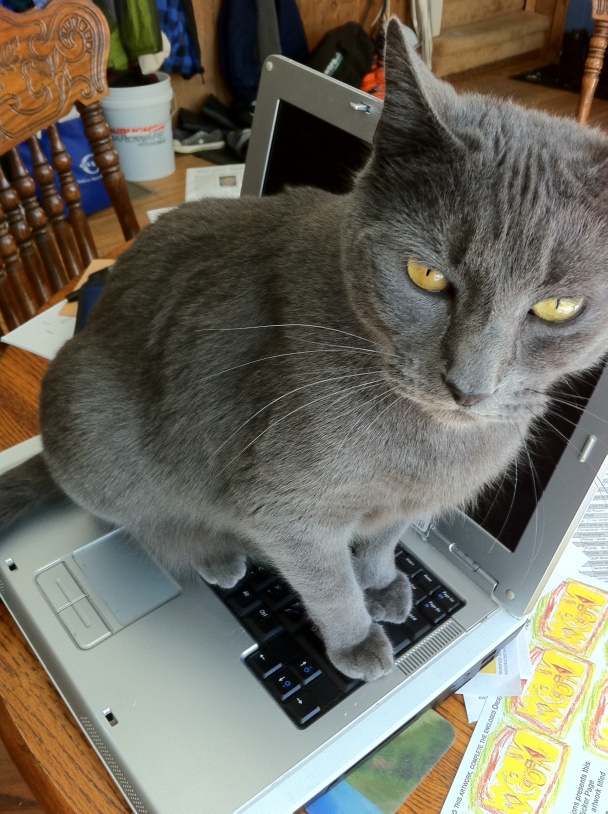 Ruby enjoyed playing, catching wildlife, and relaxing with her humans.  She was fond of the outdoors and enjoyed all of the seasons.  She liked kitty treats, catnip, and surreptitiously licking butter sticks on the counter.  She was very patient with and loving to her sisters and humans.

Ruby excelled in Human Studies and had developed advanced techniques for working with the human world including skills such as opening doors of different types, operating office equipment, and gently waking sleeping humans.

Ruby and her littermate Emmy were welcomed into the Payne household from the Springfield (Vermont) Humane Society in 2007.  The sisters quickly became an integral part of the family.  Together the household grew and enjoyed life.  After Emmy’s unexplained disappearance in the summer of 2010, Ruby became listless.  While she was still attentive and affectionate to her humans, Ruby lost interest in playing.  The following summer, Amelia joined the household as co-feline.  After some initial tension on Ruby’s part, Amelia was accepted into the family and helped restore Ruby’s zest for life.  The past year had been joyful for the kitties and their humans and this summer has been full of chasing wildlife, rolling in the sand, and playing Cats and Humans.

Ruby was interred in Perkinsville on Sunday, August 26th, 2012 with her humans in attendance.

The family asks that you cherish your companions and think a positive thought for a little grey kitty playing in the grass.