Actually, it seems to be for the media and others that think non-uniformed combatants are somehow protected by the conventions.

Your use of the images of the World Trade Center does nothing to validate your point. In fact, it sickens me beyond measure.

I'll be quite frank on this next point: if honestly can tell me that you trust and believe the current Presidential administration to tell you that the people in prisons abroad are non-uniformed combatants, when in reality we have no clue because they are not represented in any way—except the current Presidential administation saying that they are terrorists and enemy combatants&dmashyou need never reply in my LJ again.(sic)

Then he removed the entry; so that I couldn't respond? Because he realized the rediculousness of his position? Who can say?

Anyone interested enough to do their own research rather than merely parroting what they have been told to believe may find the conventions and additional commentary here.

Anyway, I'll concede the point when someone, anyone, can clearly state how any of the current radical Islamic groups or Iraqi militias qualify under the actual Geneva conventions; conventions 1 and 4 are pretty clear on what constitutes a protected combatant. The very idea that we are rounding people up and imprisoning them just for the fun of it is rediculous on the face except, perhaps, for the tinhatted. My land, next we'll be hearing how Haliburton is building camps for next week's wholesale roundup of homosexuals and non-Christians.

Changing the subject, complaining about my icons, or irrational angry tirades based on biased second-hand interpretations of the conventions will work just as well as actual convention-based reasoning.

In any event, this person has a long-standing habit of posting his push-button hysteria of the day and then popping his cork when anyone dares to debate or debunk his points, then finally removing the posts. So, wish granted.

The pope is sorry for saying that it is wrong use religion as an excuse for violence? Or for quoting the 'Byzantine emperor' characterizing the use of violence to spread Mohammedism as 'evil'?

The funny part, of course, is that Islam reacts, predictably, with violence. Yawn.

Interestingly, none of the media bits I've seen name the 'Byzantine Emperor' or repeat the quote. Anyone have better information? I'd be interested to read the original remarks for myself rather than just accepting the media-predigested pap. 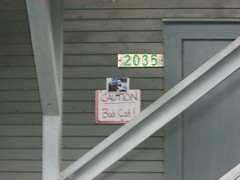 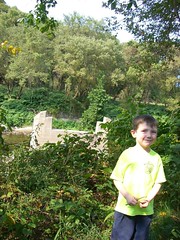 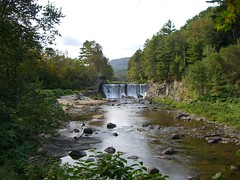